On August 11, 1963, Dr. Ralph Winter typed a letter to his parents on his typewriter. He was living in western Guatemala with his wife and four daughters, and his parents were in South Pasadena, California. He begins by writing, “Dear Mother and Daddy, The mail time is coming up and I realize that two days will go by before it is possible again to send a letter.” He has just returned from a Presbytery meeting in San Felipe on the hot coast. He slept in a dorm room at the new Seminary. One afternoon rain storm was so fierce that his stuff, which was ten feet away from a window that was only open a quarter of an inch, got wet. Thirty five men packed into a very small room without windows that looked like a shack for 6-hour sessions per day. They had to close the only door when the pouring rain diminished hope of conversation. Winter is glad to be home in San Juan Ostuncalco.

Dr. Winter and his helpers are working on constructing church benches for the Quiche Bible Institute. They have asked for seventy two. The need is to get an advance on the order quickly and to purchase $350 or $450 worth of more equipment just for this order. Winter and his crew will clear only $150 on this order, yet will then be in good condition to take further orders up to 400 more for Guatemala alone. Winter says, “Our prices are about half what others charge and the market is very extensive considering Central America with its 500 churches.” The next project along the lines of supplies is communion trays. This may sound silly to his parents, but there is a crying need for them. At this time, even the best churches have crummy ones and the small communion glasses cannot be made in Guatemala. Extra equipment will be useful for various other projects as well.

At a meeting the night before, two fellows suggested out of the blue that they want to take on resurrecting a little church up the mountain as a project. Winter is quite happy about this. Six poor men are eating on their own in the town and, Winter writes in pen in the margin, the families with whom they eat are getting tired of them. Now Winter and others want to open a small restaurant as a model business for the locals. “We already have the place, right on the square in town, and with a little corrugated iron roofing over an interior patio and a few utensils they’ll be in business—for their own needs and others. Also a washing center” [is needed in this location.] Winter acknowledges that all of this will take time. At the moment, he is writing an article for the Guatemala News while his wife Roberta is struggling with Sunday school lessons. They are also planning the September 15th exhibit in the national fair, so due to all that is going on, they may have to postpone coming home in November or December rather than October. 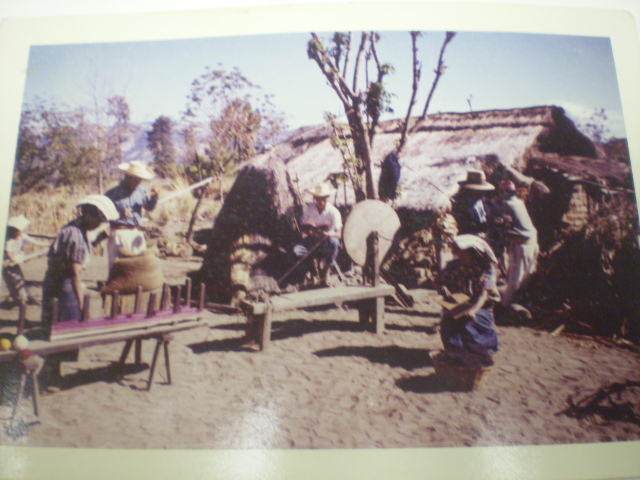